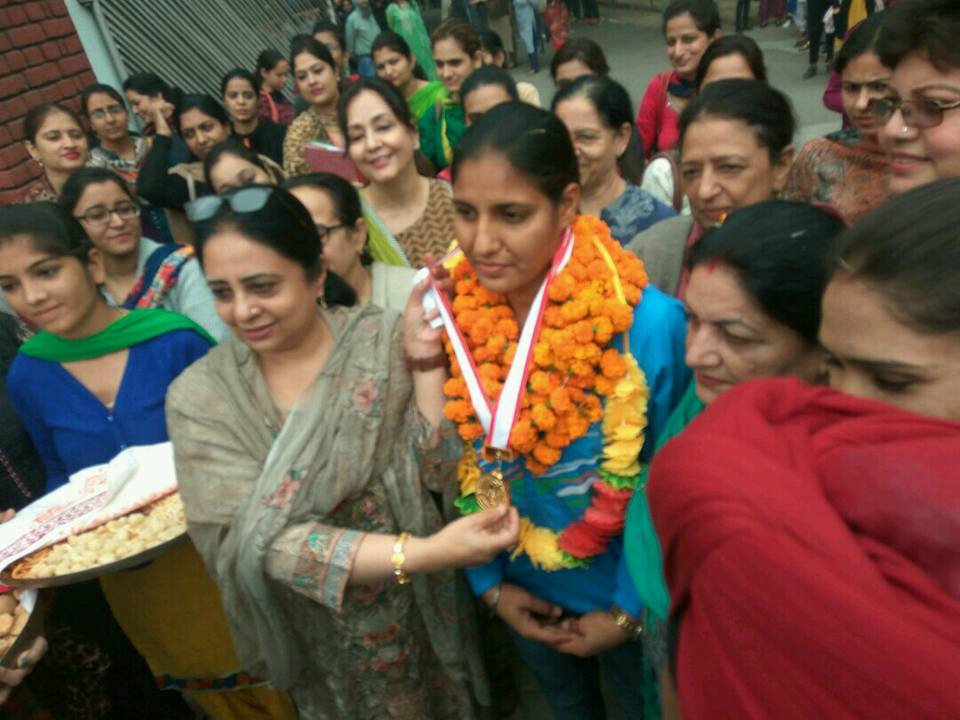 STAR SPORTSWOMEN OF LKCW MARKS HER PRESENCE IN

Lyallpur Khalsa College for Women, Jalandhar is scaling newer heights not
only in academics and co-curricular but also in sports. These achievements are
now touching the international scale as well. The institute has always provided
various sportswomen to the country and is continuing with its proud legacy.
These star players have not only brought laurels for the institute but for the
country as well. Especially in Hockey, the players are marking their presence at
national as well as at the international levels. College’s Hockey player Gurjit
Kaur who is well known and famous as the Golden Girl has achieved
unprecedented heights in her career.
It’s a proud moment that she has not only achieved a lot till date but is also a
part of the Women’s Hockey Team, thus representing India at the Tokyo
Olympics 2020. She scored the penalty corner thus defeating the three times
champions Australia. Madam Principal Dr. Navjot addressed that everyone
including, LKCW fraternity, her parents, family and the whole country is so
proud of her. She also said the because of her efforts, hard work and dedication,
for the very first time the team India has reached the semi-finals. Madam also
expressed her gratitude towards her coach S. Kulbir Singh and appreciated the
efforts of the faculty members. President, College Governing Council Sardarni
Balbir Kaur congratulated the whole Hockey team on their achievement.
Madam also said the each end every member of LKCW family feels proud of its
daughter Gurjit Kaur and is assured that every daughter of LKCW would follow
her footsteps.