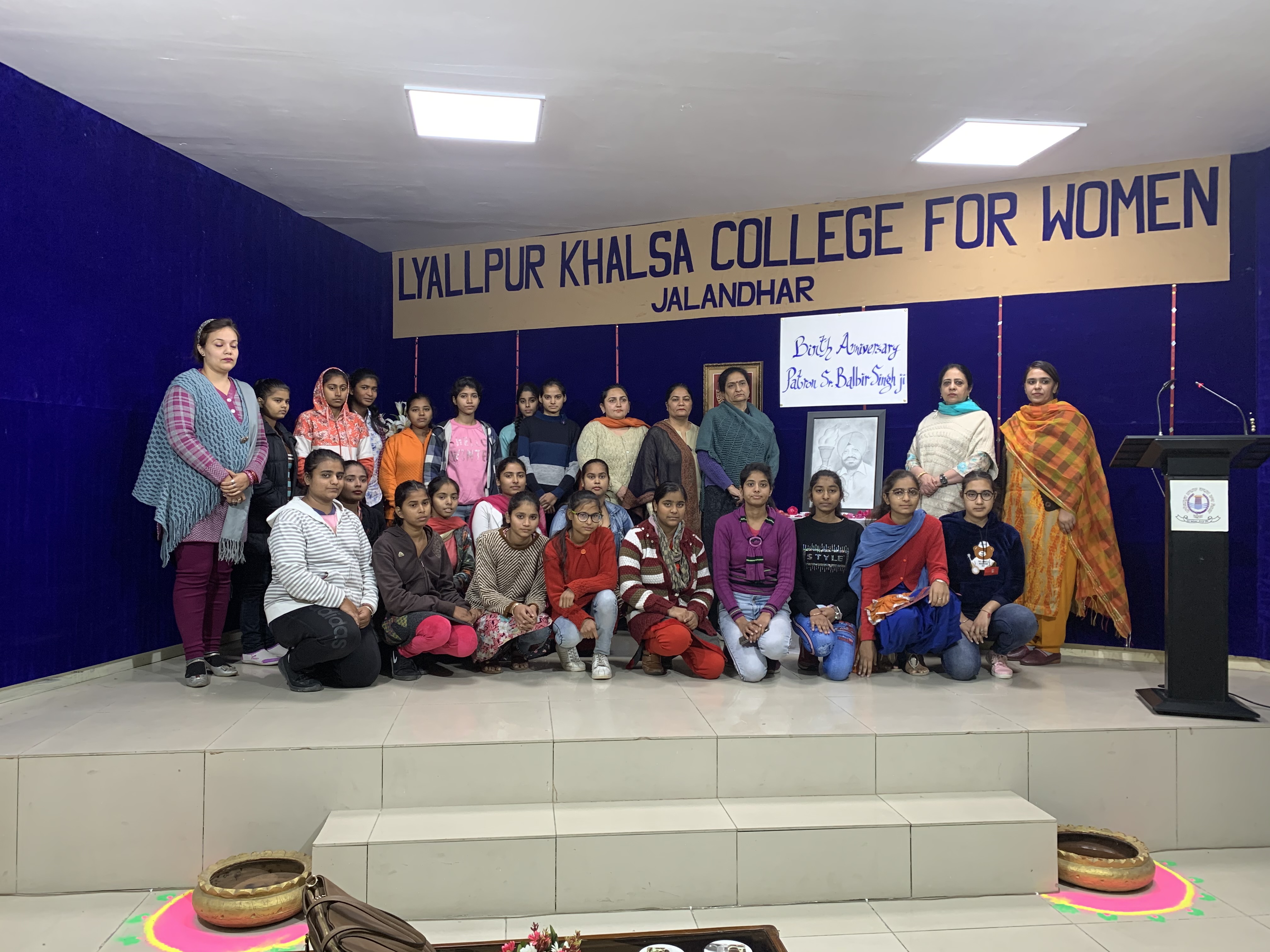 Lyallpur Khalsa College for Women, Jalandhar paid its tribute at the birth anniversary of Late S. Balbir Singh Ji, Member Parliament Rajya Sabha and Lok Sabha, Former President Lyallpur Khalsa College of Institutions. On this pious occasion Madam Principal Dr. Navjot apprised the students about the dynamic and magnificent personality of their patron and explained about his magnanimous efforts put in especially for the women education and their upliftment. Mr. Singh dreamt of educating each and every girl of the state and to give shape to his dream Lyallpur Khalsa College for Women came into existence. Madam urged the students to fulfil his dreams. LKCW is an institution which is aimed at providing education to every girl no matter what. Helping and educating economically backward girl students through various scholarships and a very nominal fee structure is its prime objective. Madam also threw light that Mr. Balbir Singh was not only an efficient politician but was also a noble personality who always worked relentlessly and rigorously towards the progress of society as a whole. Madam also mentioned that his efforts laid fruits and the technical education was initiated at the college level thereby paving way for computer based skills and degrees. He was a multi dimensional personality which was equally adapt to the spheres and qualities of an able Educationist, competent Politician, administrator and above all a true humanist. He was also the President of the Governing Council of Lyallpur Khalsa College for 35 years with unwavering levels of dedication. S. Balbir Singh was a one of a kind politician who worked tirelessly for the social causes seen by his eyes as worthy of the authorities’ attention. Despite his physical absence, his presence is deeply felt at every passing moment. One satisfying factor comforting all of us is the care and guidance being provided to the educational institutions group by Sardarni Balbir Kaur who has continued to nourish this educational sapling planted so dearly by Late S. Balbir Singh whilst keeping up the same virtues, dedication and sincerity.